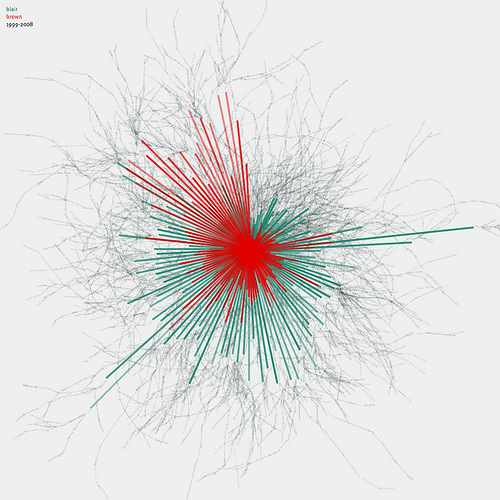 “This is a timepeice visualization of the mentions of Tony Blair and Gordon Brown in Guardian stories between 1999 and 2008.